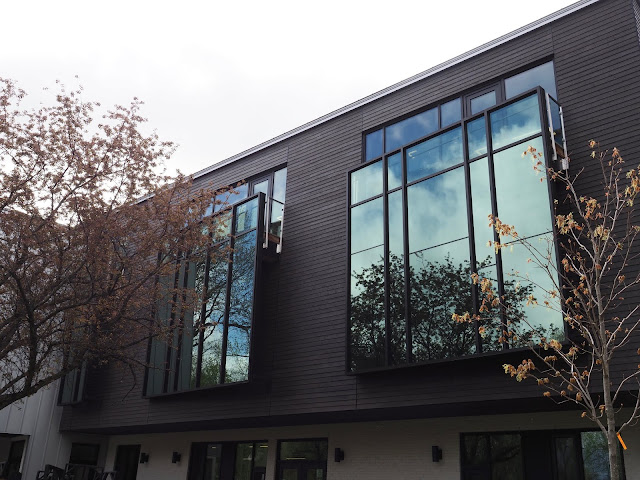 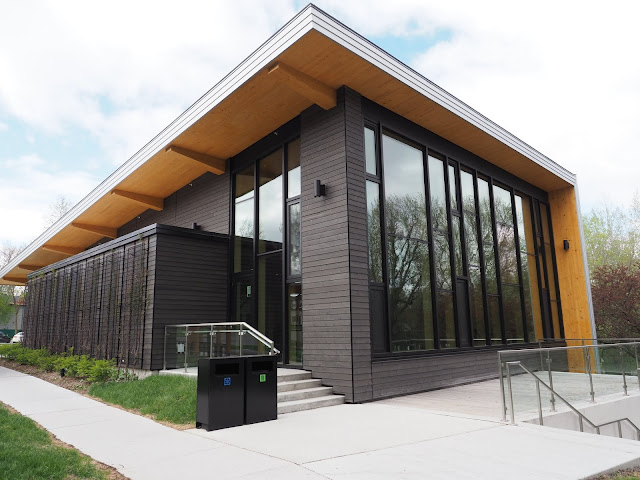 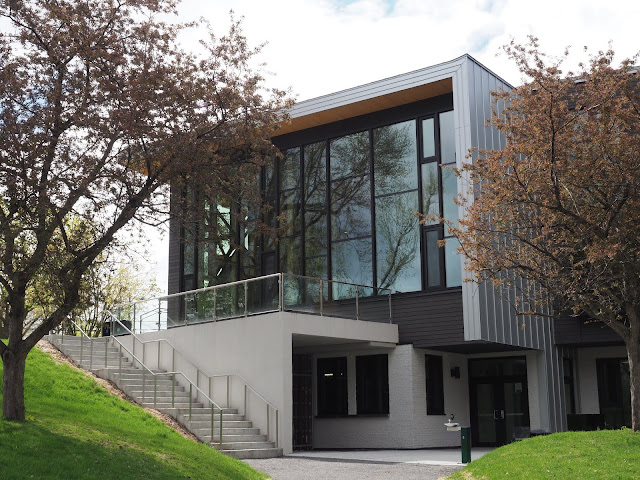 Small is beautiful: a life with compact cameras.

When that passion for compact cameras really has been begin in my life? May be right from the start. At that time analog medium format cameras were still alive and were still selling relatively well. I remember that we were using Yashica Mat 124G cameras (120/220 film format) for our photography learning classes and although that twin lens reflex was very sexy, it was not so practical considering its reversed sided viewfinder, its annoying parallax in particular if the subject was close to you and the roll films needed were a bit annoyingto load into the camera body, but using its waist level finder was a nice feature that was helping you to compose your picture. Even at the time most of us consider the Yashica Mat 124G as a true compact camera!

For the 35mm (mini) film format, we were allowed to work with Asahi Pentax Spotmatic II cameras coupled with Takumar 50mm F1.8 or F1.4 standard lenses. For sure the Pentax was my favorite by far and it was the photo device that was resembling the most of the iconic Nikon F of David Hemmings in the Antonioni's Blow Up movie. But on many aspects the ergonomics and the functionalities of the Spomatic II was better than the Mat 124G. And it was the start of a life long affair with compact cameras and their analog 35mm film format.

Compact SLR 35mm camera design culminate with the introduction of the Olympus OM-1 (M-1) in 1972 and their nice line of small Zuiko lenses. The Olympus OM SLRs were the modern replacement of the long traditional and successful Leica M series. Many cameras manufacturers have responded to that new trend of SLR compactness with their own interpretative models, Pentax with their M series, Nikon with their FM, FE and successors, Canon with their A more electronic series, Minolta with their X series, etc. It was really a beautiful period for SLR passionates because choices and novelties were numerous.


Passion for compact design were not limited to interchangeable lens cameras. There were several fix lens camera models that were equally interesting. One of my favorite was the Minox 35 which a tiny "spy" model perfect for travelers who didn't want to be noticeable from the pack of tourists equipped with large photo gadget bags. The Minox was able to deliver fairly decent pictures but not really suitable for enlargement or more accentued picture cropping. On its part, Konica was offering a very fine Hexar model coupled with a beautiful 35mm F2 lens. And how about the Leica Minilux like the name rightly said was an expensive and competent model with a fix Summarit 40mm F2.4 lens. Each camera manufacturer have dedicated at least one specific 35mm film format (with a fix lens) model to embellish their reputation into the compact camera field.

Things had taken another technical turn with the introduction of autofocus cameras and lenses and the  compact factor seems to be no more in many camera designer agendas. With the apparition of the motorized advance of film into the camera bodies the size of them had inflated at a very discouraging rate and even with the event of the new digital era that didn't really solve the problem at first.  But with time and new sensor formats such as MFT (Micro Four Third) and APS-C (23X15mm) we finally be able to own compact (interchangeable lens) models. Even some 24X36mm sensor format models are now smaller although their lenses are still on the big size dimensions.

There is more and more photographic enthusiasms including some pros who are sharing their passion to have and use compact digital cameras. The mirrorless technology embrasse rightly this contemporary trend. A mix of traditional ergonomics combined with the latest electronic and computer technologies are now producing highly competent, versatile, even robust compact camera models to be chosen by photographers. Some modular designs becoming very attractive as Olympus, Panasonic, Fujifilm or Sony have already introduced in their line-up. And there are hopes that Nikon and Canon  may follow in the near future.

The needs for compact photo equipment is not new and can be traced from the dawn of the photography. Today the demand for compactness is strong and their users want to have also access to the latest technical avancements and the highest photo quality available. A special mix that the recent new technologies have allowed at an affordable price. There is no reason not profit it!

What about the Olympus OM-D E-M1 Mark II ?

Yes it is a very pertinent question in particular with the introduction of the newest pro graded Olympus OM-D E-M1X. We don't know the manufacturer future planning concerning the still available Olympus OM-D E-M1 Mark II but some could be thinking in vue the recent price decrease of the Mark II that Olympus could be in the process to phase out the inventory of the E-M1 Mark II. True or not I think there is a place for the two models involved.

Let me trace a parallel with two ex-pro analog cameras of a less recent time. Nikon use to offer pro F series modular cameras from the original model F to the autofocus F4 which was a very clever choice for photographers who want to have the flexibility of compactness and the option of adding a sport motorized vertical grip. Later on the manufacturer choose to offer the F5 monobloc model that use the same principle design and handling that we are seing today with the new Olympus OM-D E-M1X.  Although I fully agree about the robustness and the "sport and nature" nature of the ergonomic of the E-M1X, it is certainly not what we can call a compact package.

So what about the Olympus OM-D E-M1 Mark II? In my book it is still a very competent pro photo device. For photographers on the run, for travel, for reproduction and macro works, for discrete application, etc, the Mark II fills the bill perfectly. If you are a user of small fix focal length lenses, the OM-D E-M1 Mark II represent a logic combo difficult to beat into the MFT planet but I must add that it is not a "pocket" camera obviously (Olympus have already various other models to fulfill that task). My humble advice to new E-M1X owners: don't sell out your E-M1 Mark II (if you have one) and preserve it as a back-up or as an alternative camera for other different picture taking situations.

Even in 2019, the Olympus OM-D E-M1 Mark II is filling the gap between the specialized "sport and news" E-M1X model and the rest smaller Olympus mirrorless models. And it is a "pro" photo device designed to withstand adverse conditions and intensive use.

We have reached a certain "plateau" in the development of the digital photo equipment and the manufacturers tend to diversify their offer in specific different amateur and professional directions. Because of its specialized clientele, many new camera models will be more expensive compare to the ones introduced during the previous "flash" era of artificial mass photo consumer market. Now we are entering into a more mature one in which most photographers are more carefully considering their buying options before committing into a camera  or lens model or an entire photo system.

If you like to do photography and you are looking for a proved compact pro option, the Olympus OM-D E-M1 Mark II may still be one of the finest offer over the market.
Publié par Daniel M à 11:39 Aucun commentaire:

Life is a world of differences, tastes, contexts and situations. And all these elements color our interpretation of our surrounding, our fellow people, subjects or objects. What is interesting in mind perception is to be able to diversify it by confronting a large spectrum of points of view. This is why I fully respect and explore the work of many reviewers over the web that can be perceived as part of the modern narrators of our era.

Today the speed of evolution has accelerated at a rate never seen before and we are now living in the instant past-present-future moment. We have adopted a planetary vision of our world and everybody is addressing everybody. And photography as a medium and an art expression has been democratized to a point never imagined even by George Eastman during his Kodak era. This small introduction of my modest thoughts regarding our « photo » world is only intended to promote and to maintain a share view for an open channel of communication between us. 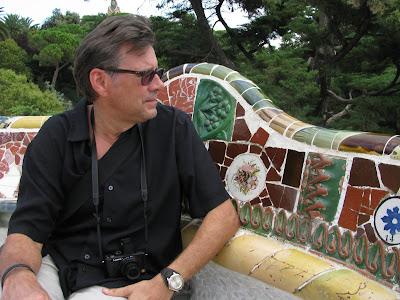 Less as being more significant 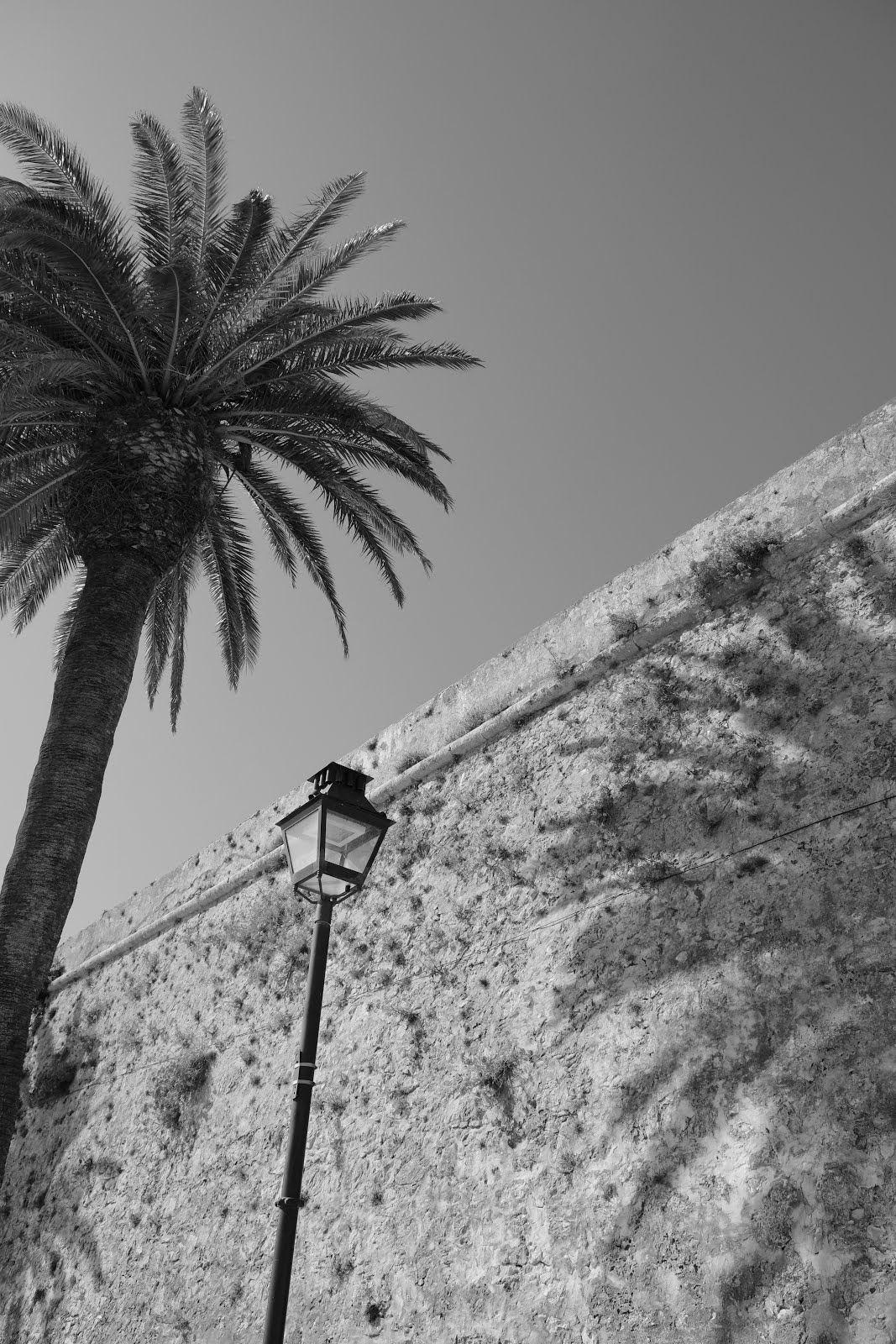 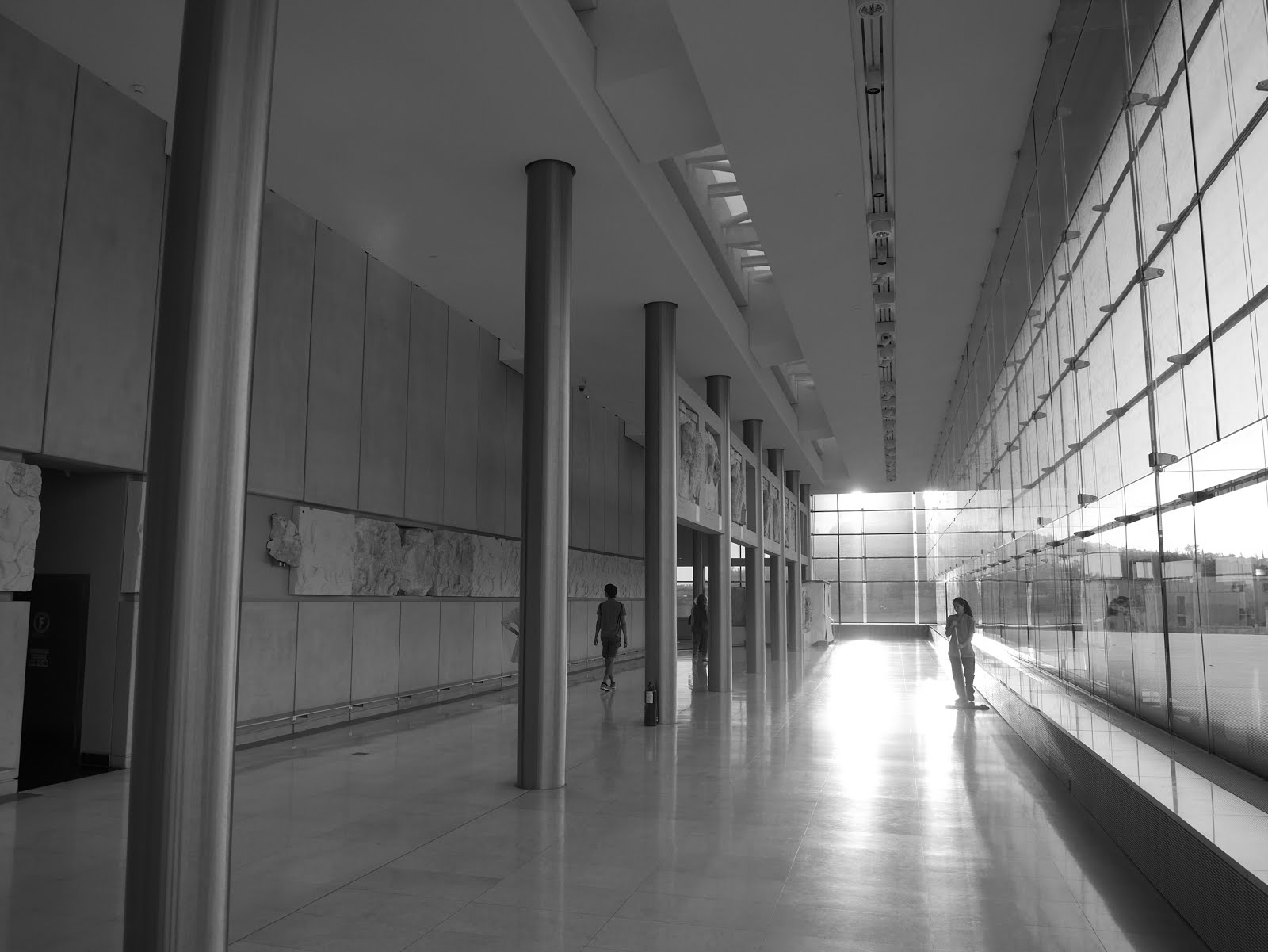 Flash memories for an auto-sport photographer

Pro Dream for Everyone

Play Pro for yourself! 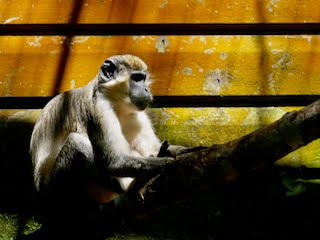 Intro to the series 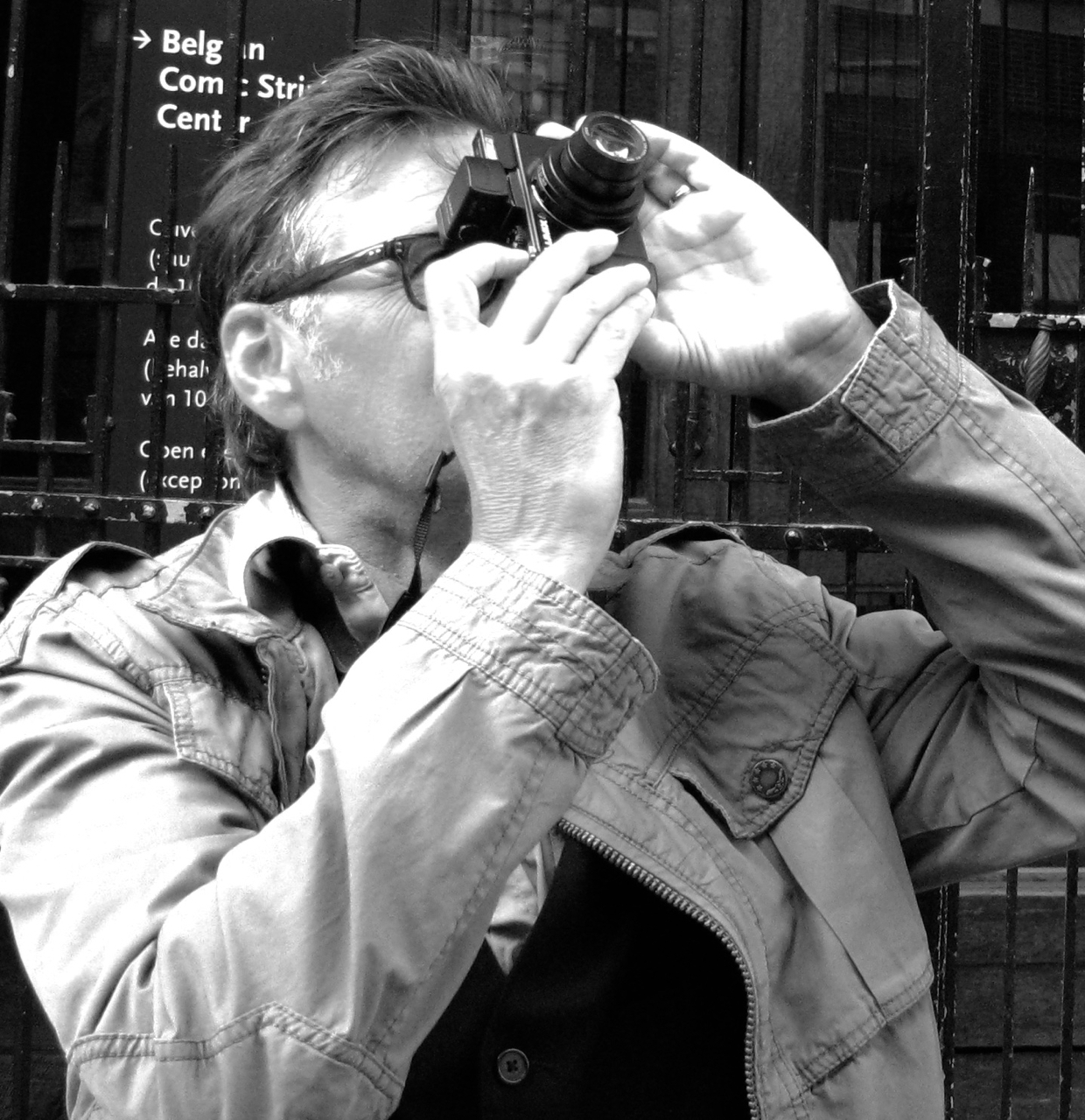 Daniel M
Former professional photographer Daniel M is a passionate of the visual medium since his childhood when he was experimenting a basic Kodak Brownie camera model. His experiences range into many aspects and applications in photojournalism, studio, corporate, sports and illustration. He worked both as in-house photographer and as a freelance for many years but today he just enjoy a semi-retirement. "I think one of the most important quality required to succeed in life and in photography is to be persistent. You have to believe on your ability and invest on yourself. Don't wait to the signal from the others just do it and follow your intuition."